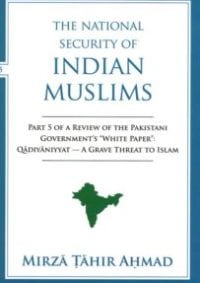 The National Security of Indian Muslims

Part 5 of a Review of The Pakistani Government’s ‘White Paper’: Qadiyaniyyat – A grave threat to Islam

In 1984 the Islamic government of Pakistan set aside all Islamic injuctions and took upon itself the burden of depriving the Ahmadi Muslims of many basic human rights including religious social freedoms. In an attempt to justify this action, the government of Pakistan published a so-called White Paper under the title ‘Qadiyaniyyat – Islam kay liya Sangin Khatrah’ (Qadiyaniyyat – A Grave Threat to Islam).