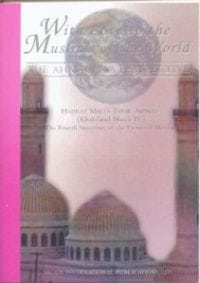 With Love to the Muslims of the World – The Ahmadiyya Perspective

This message was written on the occasion of an international games even in Baku, Azerbaijan to which the Muslim Tigers Ahmadiyya Hockey team had been officially invited by the Azerbaijan Council of the Unionwide Voluntary Trade Union Sports Federation. This invitation followed a recommendation of Azineftechim team from Baku that had played against the MTA Hockey club when it toured England in April 1990. Then the message was translated into Russian and published.

Originally addressed to the people of Azerbaijan and those of the former USSR, this message, with its universal import, is equally meant for peoples of all countries and religions.