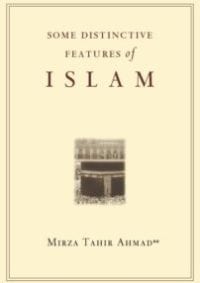 Some Distinctive Features of Islam

Some distinctive features of islam was a lecture delivered by Hazrat Mirza Tahir Ahmad(rh) at the University of Canberra, Australia.

The speaker builds up his lecture on the thesis that the most distinctive feature of Islam is twofold. First, it is the only religion which claims to be, and is, the final, the universal and eternal religion for all times and for all peoples. Second, it is the only religion which acknowledges, and bears witness to, the veracity of every other religions and claims that the truth is not the monopoly of Islam alone — whereas every other religion claims that it alone contains the Divine truth.

Then Hazrat Mirza Tahir Ahmad(rh) answers at some length the question that if all religions are from God then why is there any difference in religions. Moreover he argues three main points: that Islamic teachings are not only universal and eternal but are also complete, comprehensive and perfect; that the Holy Quran is the final and immutable word of God free from all human interpolation; and that the Prophet of Islam, the Holy Prophet Muhammad(sa) is the Seal of the Prophets — the best of them — and the perfect model of excellence for mankind.

In the middle part of lecture he discuses seventeen features of Islam which distinguish it from other religion and ideologies including the Islamic concept of justice and Islamic teachings regarding the form and function of government. At the end the speaker introduces the Founder of Ahmadiyya Muslim Community and the Community itself to his audience concluding his lecture with an excerpt from the writings of the Promised Messiah(as).