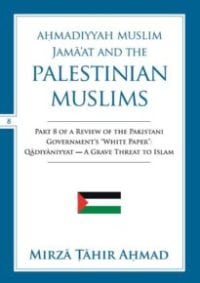 Part 8 of a review of the Pakistani Government’s “White Paper”: Qadiyaniyyat – A greave threat to Islam.

Hazrat Mirza Tahir Ahmad, Khalifatul Masih IV(rh) delivered this sermon on March 15, 1985 at the Fadl Mosque London. It deals with the allegation that the Ahmadis are (God forbid) agents of Israel. It points out that, as commanded by the Holy Qur’an and exemplified by the Holy Prophet Muhammad(sa), Ahmadis have been actively spreading the message of Islam all over the world, including Israel. It also gives detail about the glorious services rendered by the Ahmadiyya Muslim Jama’at during the tragedy of the Palestinian Muslims.